Following up to the Destiladeras-Punta De Mita Process 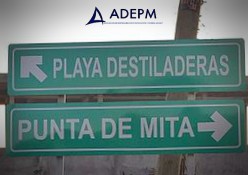 On Monday, October 22, ADEPM traveled to Mexico City in support of the Municipal Government of Bahía de Banderas and the Government of the State of Nayarit, to attend a series of meetings held at the Secretariat of Tourism in Mexico (SECTUR) with the various government agencies that make up the Sustainable Tourism Development Areas (ZDTS) program committee, a process that is currently being studied to be applied in the polygon of Destiladeras – Punta de Mita.

With the purpose of attending and knowing the observations that each one of the Secretariats have and with this, comply with the norms established by each entity to obtain the Decree, 4 meetings were held.

It started with a feedback from the Secretariat of Environment and Natural Resources (SEMARNAT). They reviewed the file already integrated by the Municipal Institute of Planning (IMPLAN) for Destiladeras – Punta de Mita and requested the appointment of a Technical Coordinator, who carries out the functions of directing and following up on all those important aspects to be considered for the protected natural areas, who will also supervise the sustainable guidelines that the region requires.

SEMARNAT also requested the installation of a Citizen Council with the purpose of supervising actions and projects that derive from this Decree and which also might arise in the region. And lastly, SEMARNAT made the request to create a Management Plan that allows the correct and efficient sustainable use of the resources of the area and allows an orderly growth.

The series of meetings continued and it was the turn of the Secretariat of Communications and Transportation (SCT) who expressed their appreciation that the Destiladeras-Punta de Mita area is carrying out in this process, since the area represents a territorial jewel for the country’s tourism. The SCT will make clear observations that will improve terrestrial communications in the region and will also seek to update the signage guidelines that may be applicable in the region.

Then it was the turn of the Secretariat of the Interior (SEGOB), who commented that it is very feasible to grant the great majority of the norms stipulated by the ZDTS program of Mexico in the area of ​​Destiladeras-Punta de Mita, making it possible to count with the approval from that entity on the decision on the ZDTS.

The Secretariat for Agrarian, Territorial and Urban Development (SEDATU), is one of the state secretariats that make up the so-called legal cabinet of the President of Mexico. It also received the ADEPM and the representatives of the Council of Bahía de Banderas in its offices. It was commented that they will have a meeting in the coming days with the Legal Department of this unit and this will complement the file of the Destiladeras-Punta de Mita to be presented in time and form as required by the federal ZDTS program.

The objective is to protect the region of Punta de Mita and Riviera Nayarit, to guarantee a sustainable growth for the area and its inhabitants. Therefore, the Government of Bahia de Banderas, the Government of the State of Nayarit and the ADEPM will continue with all the necessary efforts to achieve it. 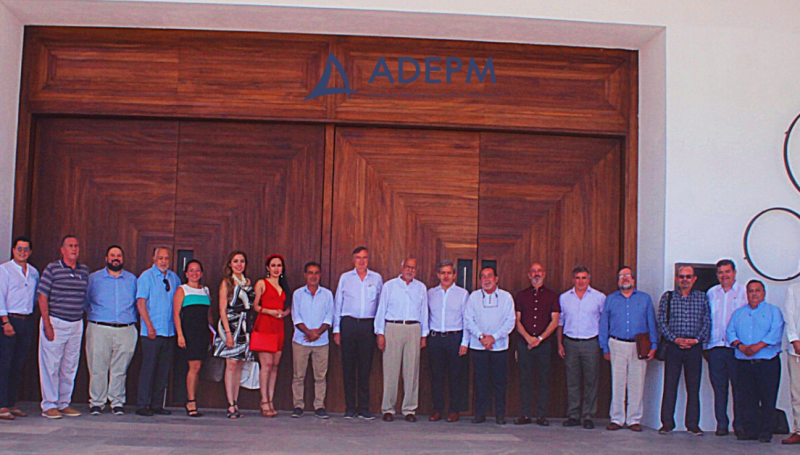 Agreements between the candidate for the government of Nayarit Miguel Angel Navarro Quintero and the business sector.

At a meeting held in May 2021, with a distinguished venue within the facilities of the Conrad Hilton Hotel in Punta de Mita, the ADEPM had the opportunity... 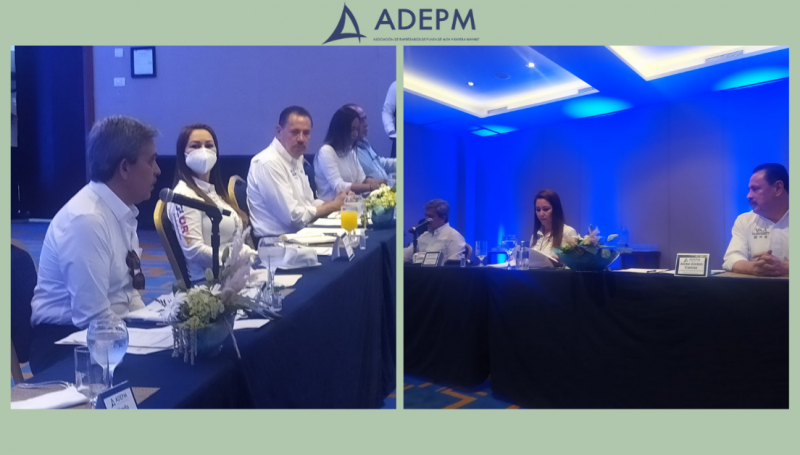 ADEPM shares its proposals with the Nayarit candidates “Alianza va por México” for the Government of the State of Nayarit and Bahía de Banderas.

In May 2021 and with hosts of excellence, at the Hotel Iberostar Punta Mita, the ADEPM held a meeting with the candidates of the PAN, PRI and PRD alliance... 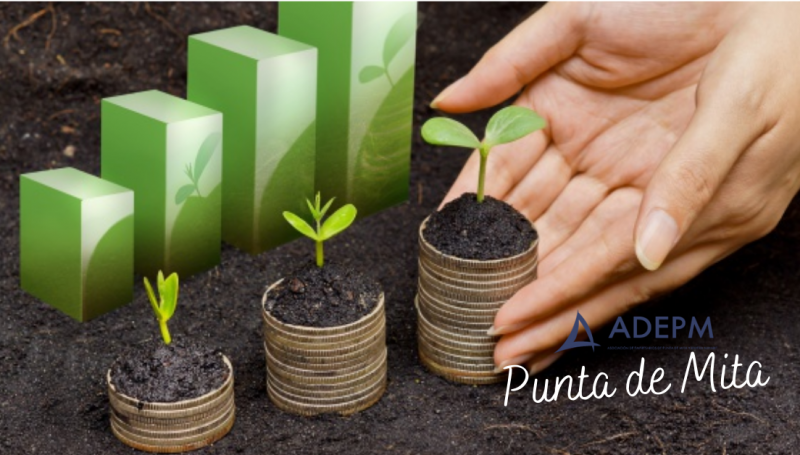 Punta de Mita in the Riviera Nayarit, advances in being decreed as a Sustainable Development Tourist Zone

What is a Sustainable Development Tourist Zone? In the field of sustainable development, it can be conceptually divided into three constituent parts:...