Soon a new socle in Punta de Mita, to enjoy walking around town

Punta de Mita in the Riviera Nayarit, is a world-famous tourist destination for its beaches, its food, its amazing places and you will soon have a sensational socle to enjoy walking around the town. It will also have a space adapted for sports, with an environment that represents the tranquility and culture of Punta de Mita as a fishing village.

As an initiative of the ADEPM, a tender was called among the architects of the area to find the project that would manage to combine the image and the needs that would allow this project to be carried out.

The socle will be built with an investment of 12 million pesos, this will be divided between two parts. The private initiative and the municipal government of Bahía de Banderas. Its construction is expected to be completed in six months.

On October 07 and later on October 29, work meetings were held with the participation of the Bahía de Banderas mayor, Jaime Cuevas, the president of ADEPM Jason Lavender, his vice president Adalberto Moreno, the president of the Punta de Mita Foundation David O ‘Connell, the Secretary General of the Municipality of Tacho Zaragoza and representing the investors Jason Edwards.

This meeting was held with the intention of following up on the construction of the socle in the town of Punta de Mita and it was agreed to add to this project the construction and remodeling of the sports center. Combine both projects to unify an image of a traditional Mexican town for Punta de Mita.

The sports center project already has an office of architects with the plans selected to make a space  where people can be invited to do sports, open spaces surrounded by nature, a place that encourages you to spend time with others or sit down to read a good book. .

Both projects will be tied and will be built in stages. Starting its first stage with the socle, and continuing through the sports center of the town. The project contemplates being able to reach the parking lot of the town next to the road and will cross the socle until it reaches the beach. The attraction of the socle will be a lighthouse that will offer the best view of the Bay.

It is expected that in the near future to sign the corresponding agreements with the municipality so that the heavy machinery that will allow this beautiful project be carried out for Punta de Mita in the Riviera Nayarit begins to work. 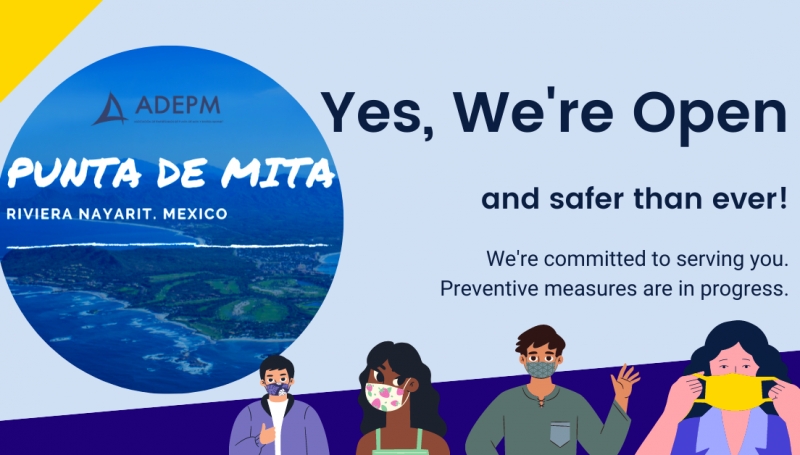 Punta de Mita, a destination that takes care of you.

Punta de Mita Safety & Healthy The ADEPM as a tourist promotion proposal, which allows to reactivate the economy for Punta de Mita in the Riviera...